So we all know that Downey is home to the oldest existing McDonald's located on Florence and Lakewood. If you didn't, now you do.

What I just found out today: according to Wikipedia, Downey is also home to the very first Taco Bell too.

What a star-studded town!!

the Promethean sunset.
Posted by Roy at 11:34 AM 3 comments:
Labels: wonder

I gotta admit, it took some time to really appreciate this guy's music.. a late bloomer for me. But this guy is good. Hear some of his other songs, such as "More Than Anyone" and "Chariot," and you could definitely hear him belt it out.

"Meaning" is one of those anthemic songs you like to sing along to on the way home with the windows rolled down. Unless, of course, you're stuck in traffic.

Sometimes our only way is jumpin'\ I hope you're not afraid of heights
Posted by Roy at 11:04 PM No comments:
Labels: listen

Traffic school, that is. =/

Figured I pushed off attending traffic school as long as possible, with my traffic school completion date coming up next week. This was for a ridiculous speeding ticket I received last December for going 80 mph. So I'm attending the illustrious Pizza-4-U Comedy Traffic School, having just survived four hours of class today and four more tomorrow. It's really interesting how so many of these traffic schools have "pizza" and "comedy" in the title, obviously in hopes that it will make traffic school appear to be less painful and mind-numbing than it truly is.

Anyways, the instructor is this really quirky guy who has a knack at reciting traffic law ordinances by heart. Do you know what vehicle code two-two-three-four-nine represents? It's blah blah blah... Truth is, he shouldn't even be teaching traffic school, because he has twenty-four tickets under his belt. He would shake his head in disbelief, slap his knee, then tell us another story with another traffic law ordinance squeezed into it.

Well, I took some notes because it was the only way I could stay awake:
Sigh, I do. ARGH!
Posted by Roy at 11:47 PM 2 comments:

berkeley, i missed you

An overdue recap of an overdue trip: 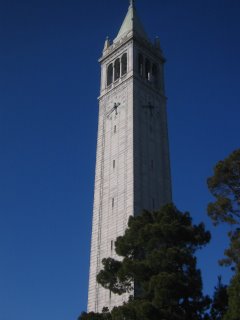 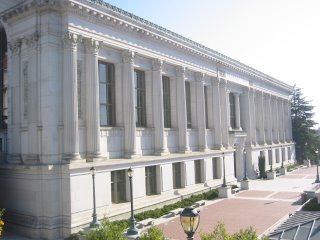 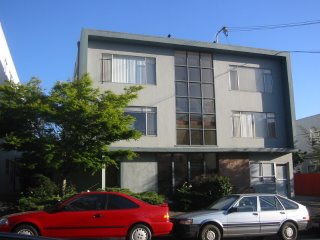 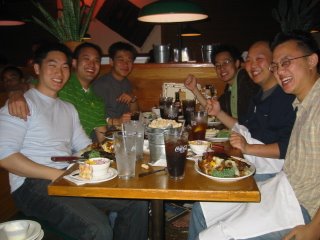 How can I go seven weeks without paying tribute to one of my musical heroes?

Some people only know him to be the guy who made a ridiculous move by mixing the electric guitar and pop together (i.e. Bigger Than My Body, Your Body is a Wonderland). Or the guy who makes weird facial expressions when he sings. Well, both are somewhat true. I'm not a fan of all of his pop-ish sounding songs, but you have to respect the ingenius elements that permeate throughout his music. Besides the mind-blowing electric guitar solos and riffs (which he's more known for), there are the less-noticeable elements that are still equally or even more important: his lyrics of substance, clever instrumental and lyrical arrangements, his underestimated vocal control, his passion. Yes, passion is the reason why he looks like he does when he sings. It's because he's in the zone. When you're in the zone, the crowd disappears, you forget about the guys behind you, and you just get lost in the music. His mind's on cruise control, his fingers and heart take over, and voila, he's in the zone. Everything just becomes so much sweeter.

Gravity is a bittersweet number from his latest album, Try!. It is definitely an album that's more true to his musical roots... raw blues and rock. Yet, so much of John's unique style is fused in that this type of blues/rock becomes his own. The John Mayer Trio is comprised of two other world-class musicians as well: Pino Palladino (bass) and Steve Jordan (drums). A while ago, I read an interview in which he admitted that if playing blues is something he could do for the rest of his life, he wouldn't even think twice about it. Even though this album isn't doing nearly as well as Room for Squares or Heavier Things, I think he's most proud of this one.

I'm not ready to say that he'll be next Stevie Ray Vaughan, but his guitar IQ is definitely one of the highest that the music world has ever seen. However, I was quite disappointed that Fender jumped the gun by issuing out a John Mayer signature Stratocaster, because those signature guitars should really be reserved for accomplished legends. John's not quite there yet, though he does have all the makings to be one. He also has all the unique distinguishers that already set him apart as a great artist than an ordinary one. Be assured, he will continue to grow in musical prominence in years to come.

I hope he gives you the chills. 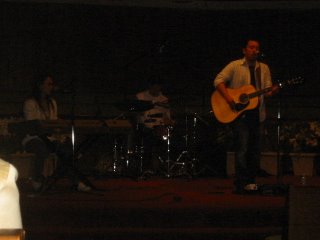 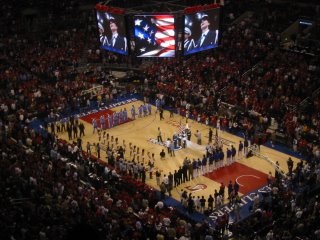 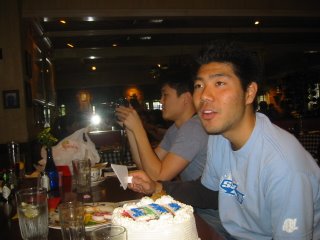 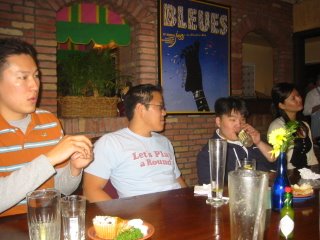 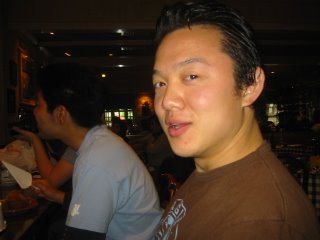 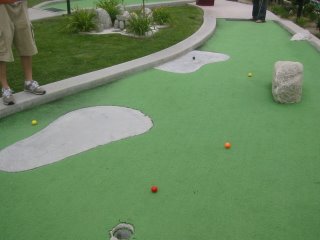 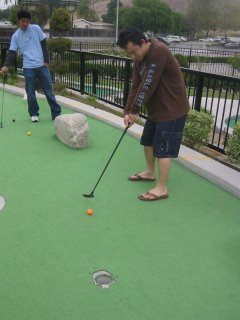 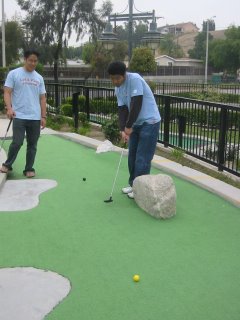 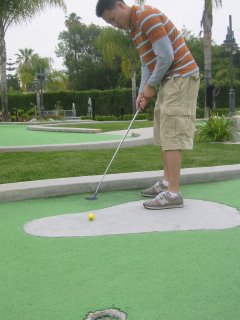 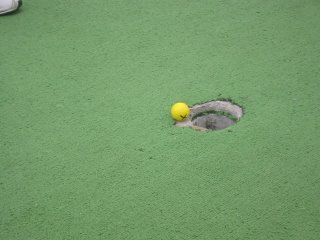 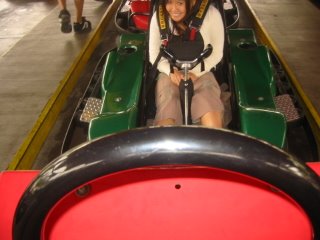 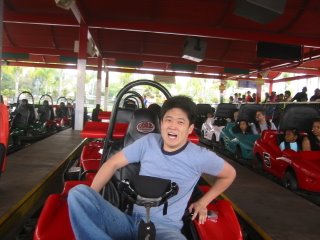 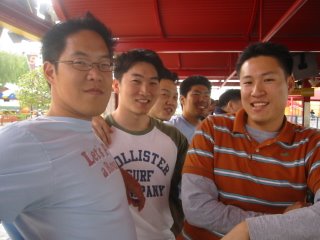 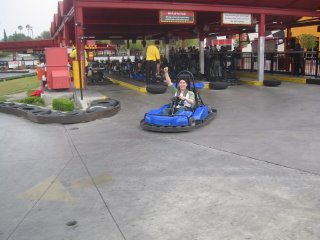 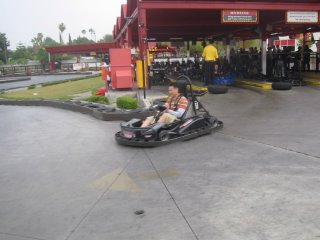 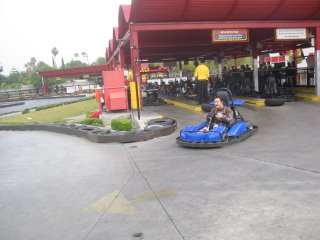 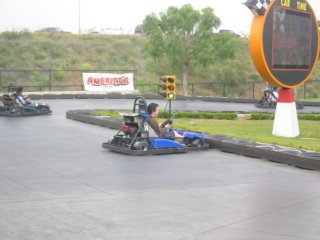 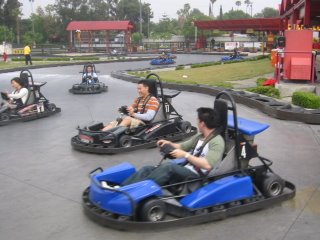 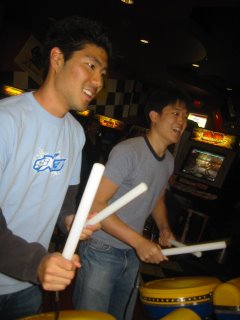 Starfield - There's a Cry in My Heart (acoustic)

Calling out my name.
Posted by Roy at 12:25 AM No comments:
Labels: listen

the critical question for..